Spanish is one of the most widely spoken languages in the world. That is why, if you want to learn Spanish, you will like these 14 Spanish fun facts about this beautiful language. Knowing more about Spanish will help you improve your learning and your desire to learn more and more. Let’s get started!

No.1 of our Spanish fun facts: Spanish is spoken on the six continents

Although many people believe that Spanish is only spoken in Europe and America, the truth is that it is a very widespread language that is currently spoken on all six continents:
Europe: in Spain.
America: in all the countries of Central and South America, except for Brazil, although in the latter there are already millions of people who speak it as a second language.
Africa: Spanish is spoken in Ceuta and Melilla, also in the Canary Islands, Equatorial Guinea, and Western Sahara.
Oceania: on Easter Island, in Polynesia.
Antarctica: Although it may seem strange, on this continent, Spanish is spoken in the Argentine town of Fortín Sargento Cabral and Villa La Estrella, a Chilean town.

The RAE dictionary contains no less than 88,000 words. Some of them are downright weird. However, although it may seem like a very high figure, English surpasses it with 350,000 words, making it the best option if you want to learn a second language.

No.3: The first document in Spanish dates from the year 959

The author of this document is a monk from the San Justo y San Pastor convent in La Rozuela. However, it is not a text of great importance in terms of its content, but rather the list of food and cheese deliveries from the convent.

No.4. It is the fastest language to pronounce

The number of syllables a typical speaker can pronounce per second determines language speed. In this aspect, Spanish is the world’s quickest language. On the other hand, German and Mandarin are the most difficult to pronounce languages.

If you learn some essential tips how to pronounce Spanish correctly, it’s not that difficult:

By the way, on our YouTube-Channel you will find lots of usefull learning videos for your Spanish learning journey!

No.5: EAOLS are the most pronounced letters in Spanish

Ok, to be honest, this is one of the more useless Spanish fun facts. 😉

No.6: The letters Ch and Ll do not exist

As a subsection, we must emphasize that the “h” is the only letter with no sound in Spanish, except when preceded by the “c.” In the past, most of the words that are written today with “h” were written with “f” in its Latin versions, such as the word in Spanish “Harina” (Flour) and Latin “Farina.”

The accent mark of the “ñ,” called “virgulilla” in Spanish, originally comes from another “n” that was written above the larger one at the top as an abbreviation. Over time it would flatten out until it reached the shape we know today and become one of the outstanding, distinctive elements of Spanish.

The most curious thing is that the letter “ñ” is not exclusive to Spanish. Still, we can also find it in other languages such as Aragonese, Galician, Euskera, Aymara, Mixtec, Zapotec, Breton, Filipino, Guaraní or Quechua. 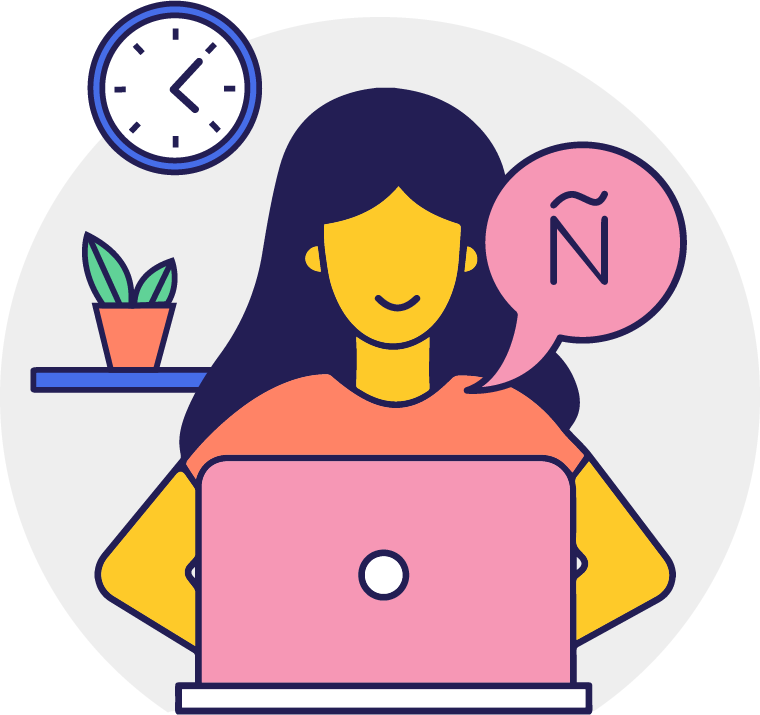 No. 8: Formerly, the Castilian was known as the “Christian.”

Spanish fun facts No.8: When the Arabs arrived in southern Spain, most of the population used this word to differentiate people who spoke Spanish from those who spoke Arabic.

9. “Electroencefalografista” is the longest word in Spanish

With no less than 23 letters, “Electorencefalografista,” meaning electroencephalographer, has the honor of being the most extensive word in Spanish, at least of those included in the dictionary of the RAE.

However, it doesn’t even come close to the longest word in the world, which boasts a whopping 189,819 letters. And although it only has three syllables, it would take three and a half hours to pronounce it at an average reading rate. It is an English word that refers to the protein that plays an important role in the elasticity of the muscles 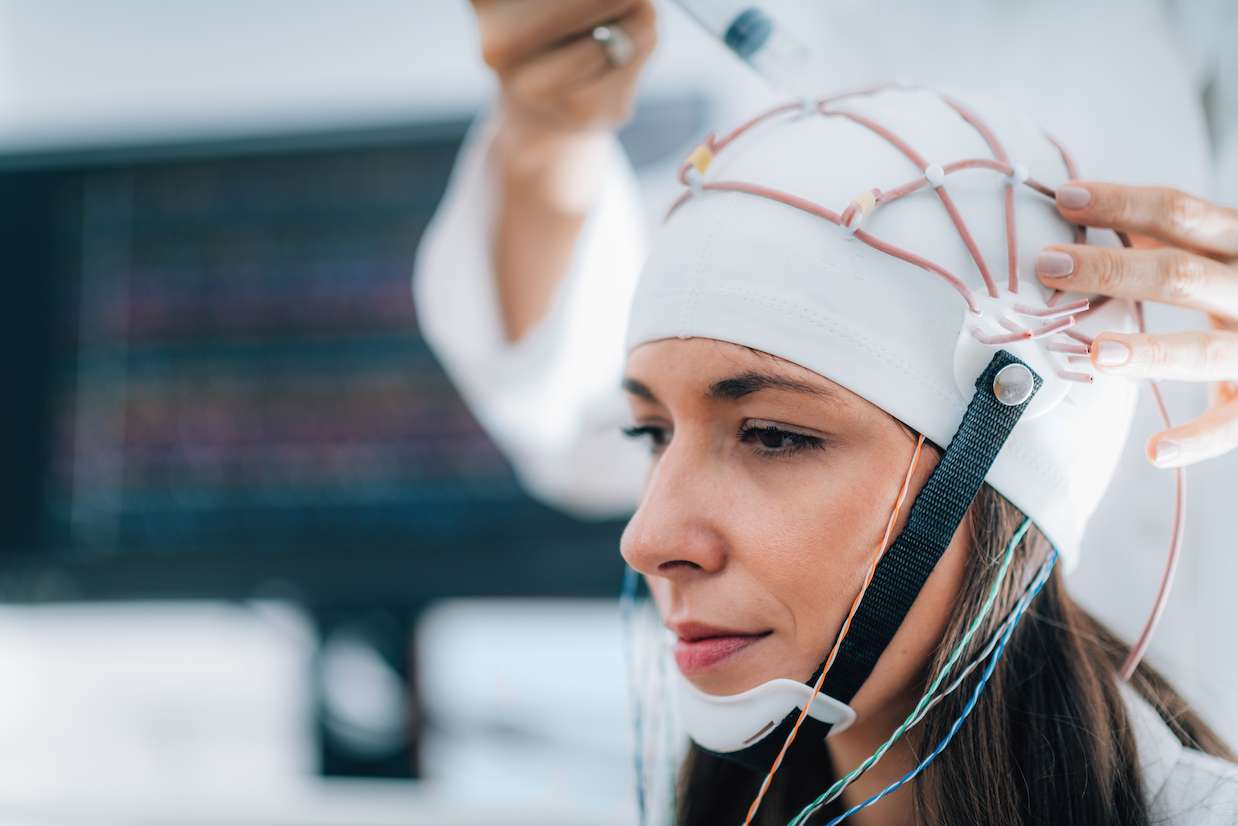 No.11: In the year 2050, the United States will be the country where Spanish is spoken the most

No.12: Many words that contain the five vowels

No.13: Numbers in Spanish

The number five has five letters. Something that does not occur in any other number. But furthermore, a “mil,” thousand in English, is the only number that does not contain either the “e” or the “o” in the Spanish language. 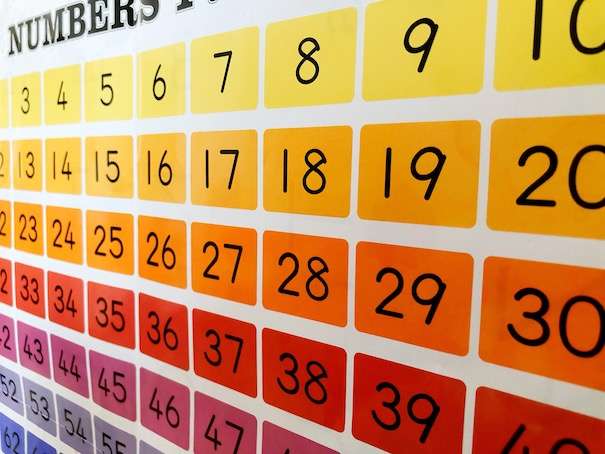 No.14: In its origins, Spanish had two accents

In its origins, in the Spanish language, there was the acute accent we use today and the circumflex accent, which is still preserved in other Romance languages such as French.

If you still need more motivation to learn Spanish, you should read our blog post about 5 POWERFUL REASONS TO LEARN SPANISH

Thanks for reading! We hope you enjoyed our 14 Spanish fun facts. If you want to learn more Spanish, you should think about taking a free trial lesson with on of our qualifed techers.